Do you have questions or need services and not sure where to start?  Click “Getting Started” in the top bar or click the link below and you will be brought to our questionnaire that you can fill out and someone from our Information and Referral Department will reach out to you as soon as possible.
https://form.jotform.com/kzingaro/oces-get-started-questionnaire 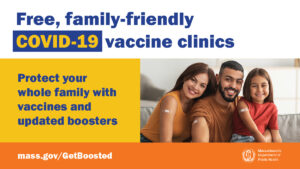 Updated COVID-19 boosters are available in MA for everyone ages 5 and up! Boosters are free, safe, and effective. $75 gift card per vaccination available at select clinics while supplies last. In-home vaccinations are available for anyone who has difficulty getting to or using a community vaccination location, including children 6 months to 17 years old. Find one near you: mass.gov/GetBoosted

With significant increases in the cost of food and energy and a growing number of individuals needing emergency assistance throughout greater Plymouth County area, the non-profit agency Old Colony Elder Services (OCES) has kicked off an Emergency Fund campaign to support those most vulnerable in the community. Click here to find out more about how you can help support OCES and the community.

Did you know? One out of six working Americans assists with the care of an older adult or disabled family member, relative or friend according to Family Caregiver Alliance. 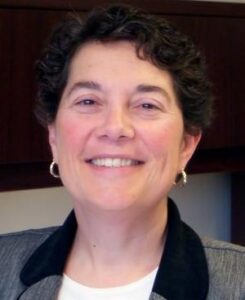 announced that Diana DiGiorgi, Chief Operating Officer (COO) and the former Chief Executive Officer (CEO) of OCES, has retired from the organization after 26 years.

Brockton Mayor Robert F. Sullivan honored Ms. DiGiorgi for her leadership, dedication and commitment with an official Proclamation for her 26 years of service during a celebration that included the agency’s Board of Directors and staff at OCES’ Brockton office on Main Street.

Ms. DiGiorgi, who holds an MBA from Northeastern University, began her career at OCES as Finance Director in 1996. At that time OCES had 9 programs, an office on 1 floor of their current building, 80 employees and $7.9 million annual revenue. After her appointment to CEO in 2006, succeeding former Executive Director Edward Donovan, DiGiorgi expertly led OCES through a period of rapid growth and expansion of services and programs, along with increased staff and offices. During this time, she also held positions of Treasurer and Vice President on the Mass Home Care Association and served as co-chair of the Interagency Council on Housing and Homelessness (ICHH) Committee on Elder and Chronic Homelessness, working to build partnerships that enhance coordination to maximize housing and service resources.

Do You Live in Brockton?

Are you a Brockton resident under 60 years old living with a disability? You may qualify to receive home delivered meals through OCES.

Personal Care Attendants (PCAs) and Job Seekers: Check out the NEW how-to training videos! Learn how easy it is to register, setup your profile, search for a PCA job and respond to messages using the Mass PCA Directory! 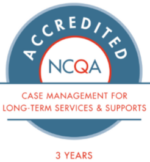